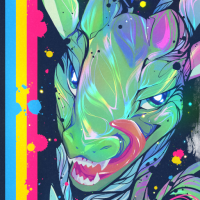 My chosen name is Rai, and my given name is Michal Pokorný. I’m 29, I grew up in Czech Republic. I’ve worked as a software engineer at Google Zurich since March 2016, then took a year-long break roughly May 2021 - May 2022 and now I’m a resident at OpenAI on the reinforcement learning team.

I have a bachelor’s in general CS from the Faculty of Mathematics and Physics of the Charles University in Prague. I started a master’s in AI at the very same, and passed all parts but the “you have to write a thesis” one.

I am an effective altruist (Czech) and I currently aim to give ~10%.

I hunted a few geocaches:

I try to be a generalist. Some stuff I do or did before:

Between 2012 and 2016, I helped organize KSP – a computer science seminar for high school students by Charles University.